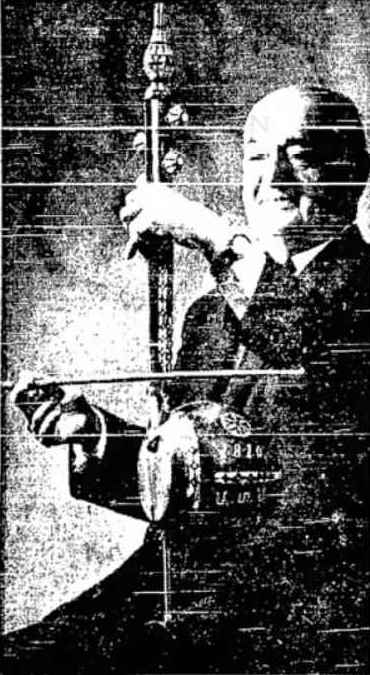 Even though this 1969 image is poor, 1810 can clearly be seen on the Kemanche 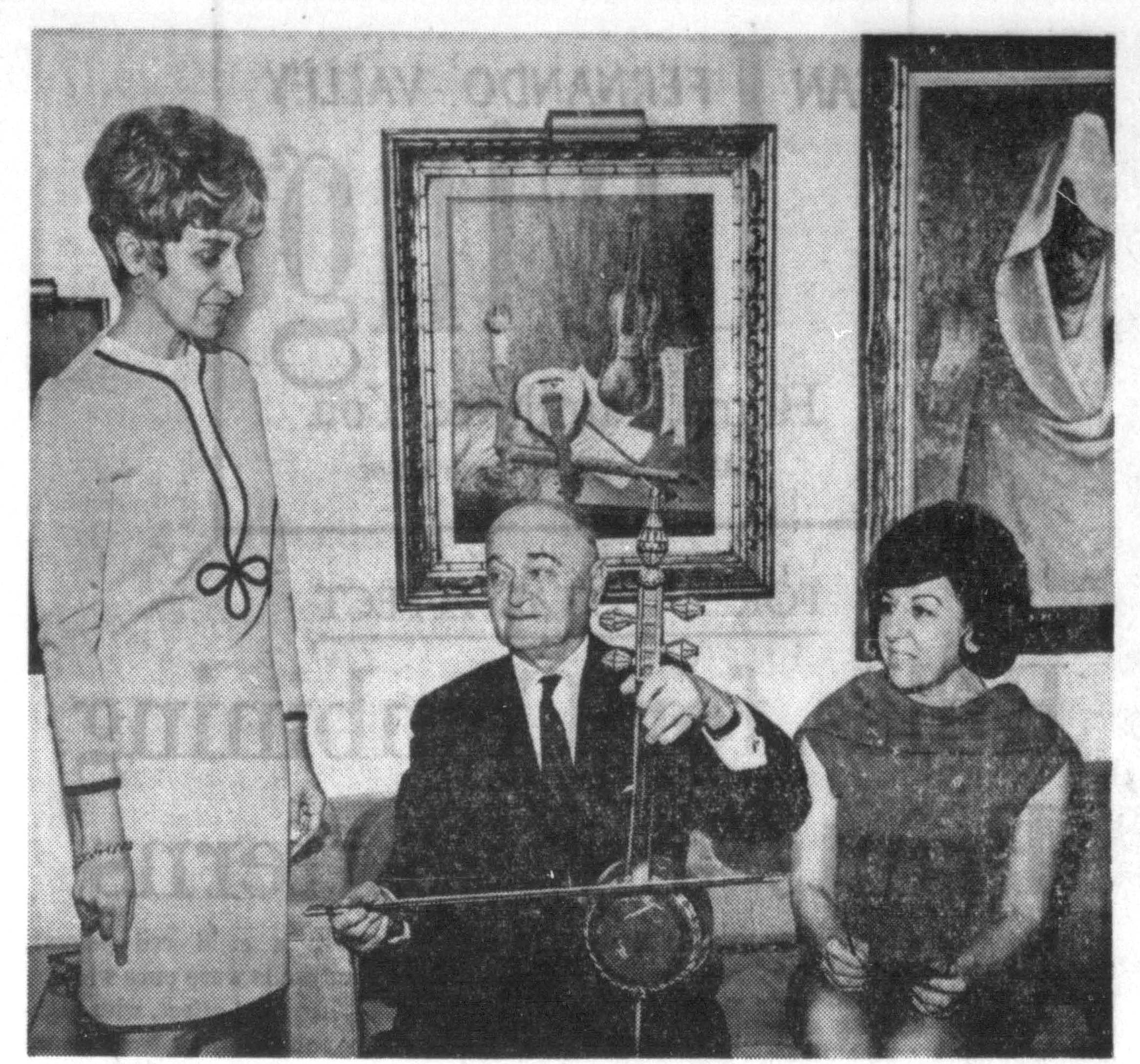 Rouben Karakhanian aka ‘Kemanche Rouben’ in California 1969. Thirty years earlier, during a concern tour of Asia, Rouben had visited the Armenian Church in Dhaka and played the same instrument.

When ‘Kemanche Rouben’ visited Buenos Aires in 1969 to play a concert, little did the young boy, Armen Arslanian realise that 50 years later he would be reminded of that childhood memory as part of the Armenian Heritage Project for Bangladesh.

“I was only around 9 or 10 years old, I remember him and that peculiar musical instrument. At that age you don’t really know or understand the meaning of such an experience but my parents ensured I listened to what he was playing. It is remarkable to think that in the 1930s he had visited the Armenian Church in Dhaka to play a concert for the local Armenian community. Now, I am Warden of that very church and through the generosity of our Heritage Project contributors, I find myself being reminded of a moment from my very early childhood time that I had no idea would connect me to my future responsibilities of the Armenian Church in Dhaka.”

Karakhanian was a native of Baku,  previously in Russia,  and learned to play the Kamanche at the age of six. His teacher was his grandfather, a Russian troubadour known as Sanan.

When Karakhanian was 10 years of age, he appeared in his first concert in Tiflis, for an audience that included a number of dignitaries.

The mayor of Tiflis praised the young musician to the last of the Russian Tzars, Nicholas II and Karakhanian appeared in St. Petersburg during the celebration of the 300th anniversary of the Romanoff reign in Russia.

Mrs Karakhanian died during World War II, when Karakhanian was detained in Romania for 10 years.  He resumed his concert career after the war ended.

The Kamanche which Karakhanian played in his concerts was made in 1810 for his grandfather.  Its gourd shaped body and long neck were ornately trimmed with mother-of-pearl. The neck finial was shaped like the famed Byzantine “onion domes” of his native land.

The instrument is played with a bow, but unlike a violin is held neck-up. The body of the instrument supported on the knee. It produces a minor-key, wailing but melodic sound indicative of its Far Eastern origin.

Karakhanian once explained that most kamanches have only three strings, but he modified his own instrument so it can be played with piano accompaniment.

In 1935 Rouben was in India visiting the Armenian community there. Travelling through to Dhaka he found a most attentive audience, and a new friend in the young 22 year old Armenian, Ruben David. Rouben gave him two signed photographs that became treasured possessions of Ruben’s family, and we are delighted that the David family are sharing their family archive with the Heritage Project.

These two precious and rare images of Rouben Karakhanian are reproduced here. 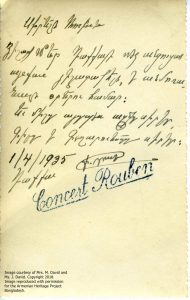 To dear Ruben In memory of the so memorable and unforgettable days we spent in Dacca: And always love your nation like that, love your literature and art.1/4/1935 Signed: Concert Rouben Dacca 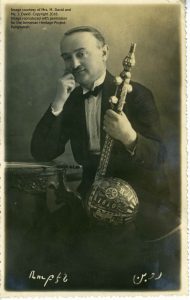 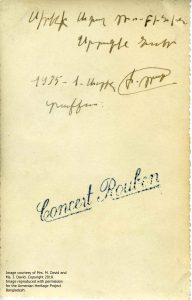 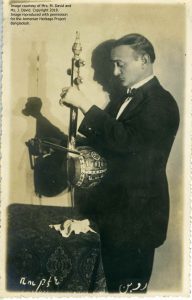