Here at the Armenian Heritage Project Bangladesh we feel exceptionally fortunate to be able to share the photographs and memories of our contributors.  They have very generously opened up their family archives for the Project. We are immensely grateful for their donations.

If you have any photographs, documents or memories of your family’s time in Bangladesh that you’d like to share, please do get in touch by using the contact form. Be part of this unique and exciting project, help preserve the Armenian presence and history in Asia. 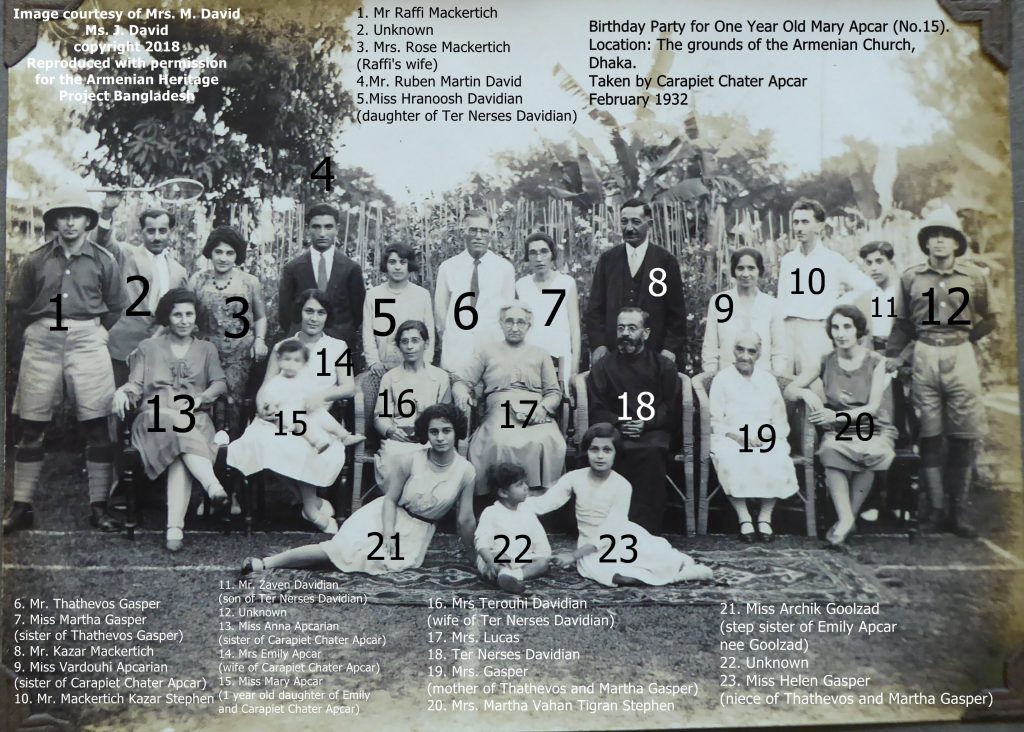 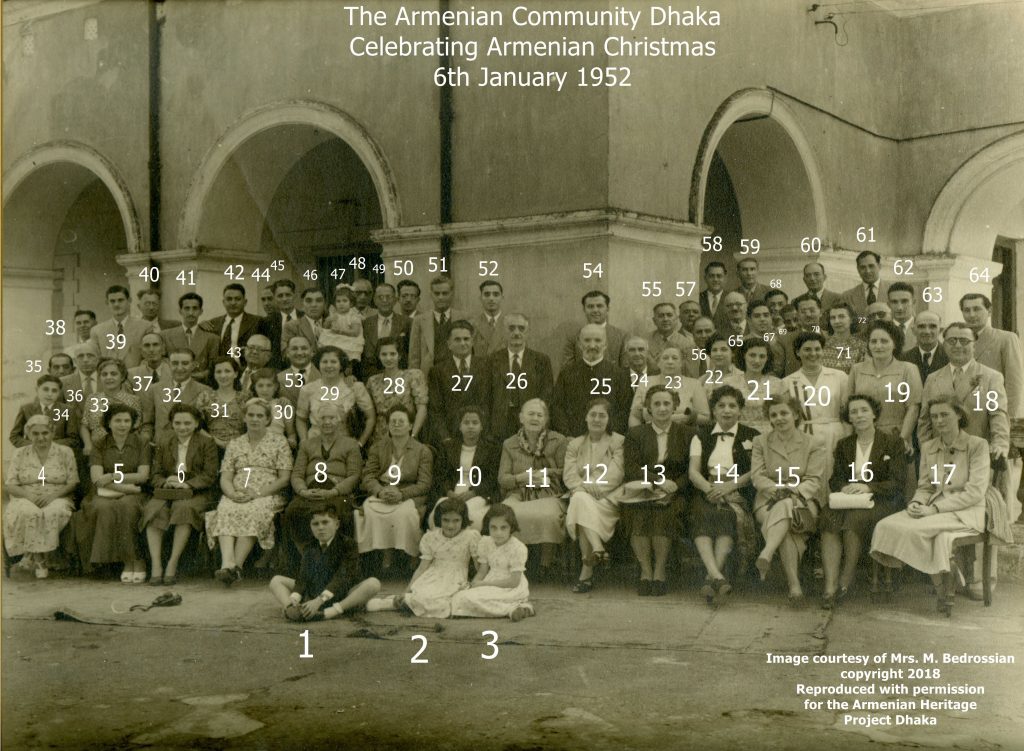 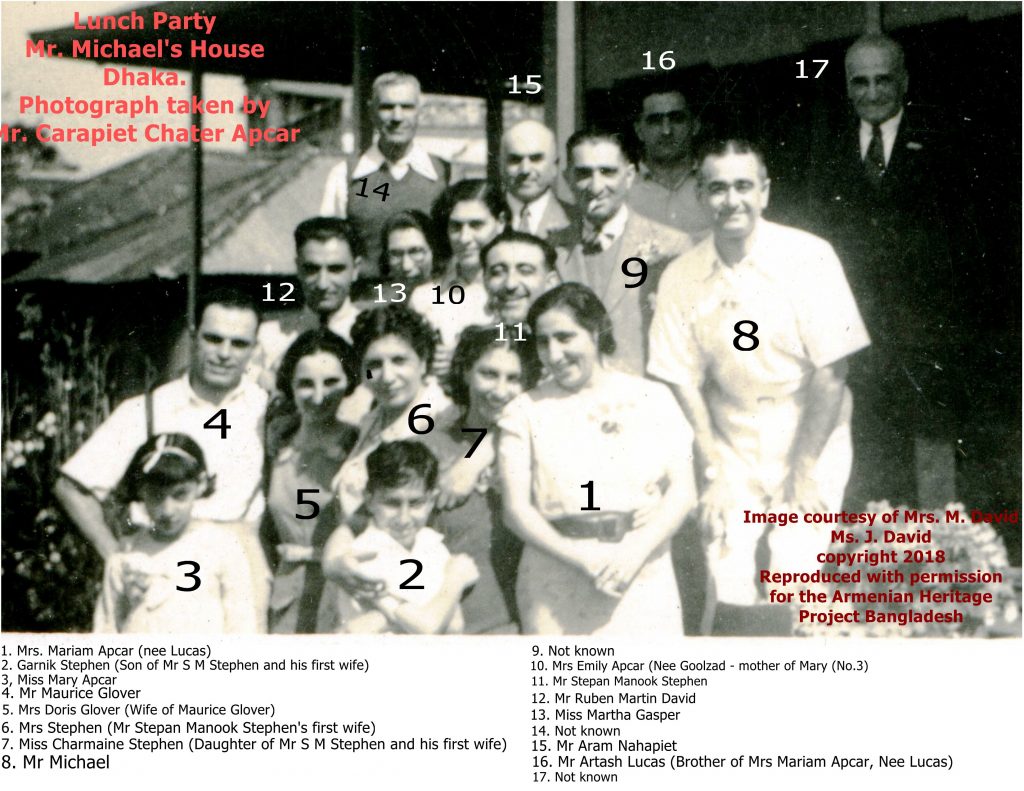 Can you spot the Armenian Church? The top of it can just be seen on the left hand side. This photograph shows just how close the Armenian houses were to the church property. 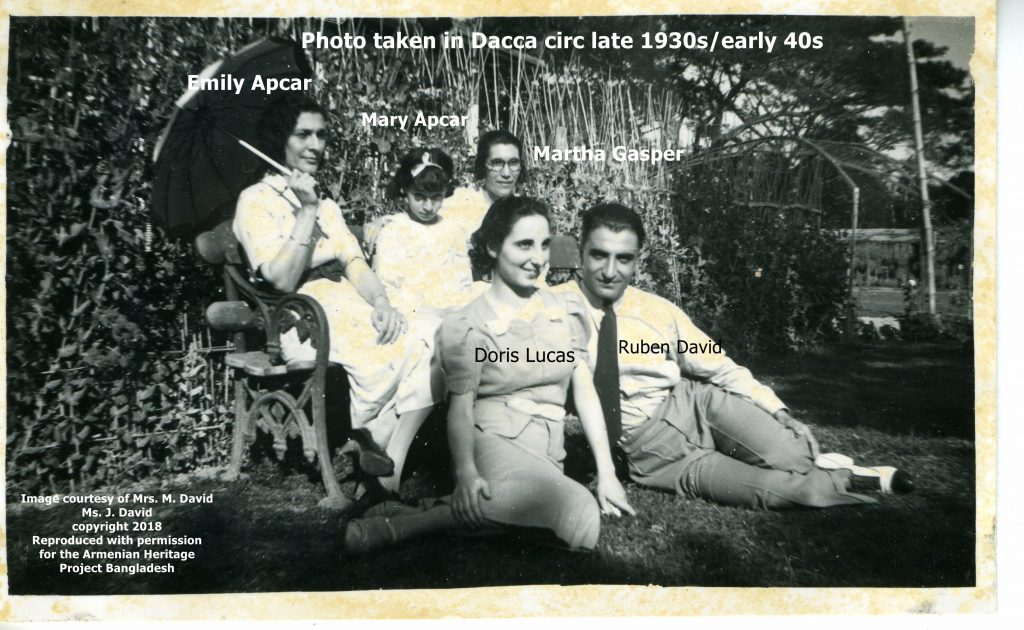 Carapiet Chater Apcar was always behind the lens of his camera. A keen photographer, he took many relaxed community photos in Dhaka during the late 1930s. Emily was his wife, Mary was his daugther, Ruben was his future son-in-law. 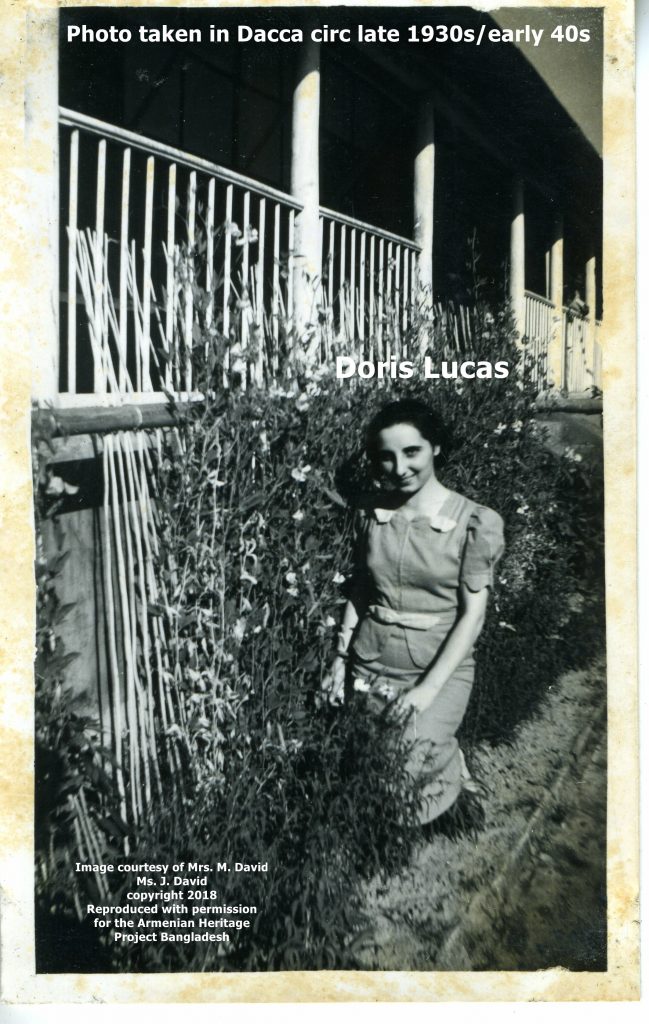 Doris Lucas by some flowers 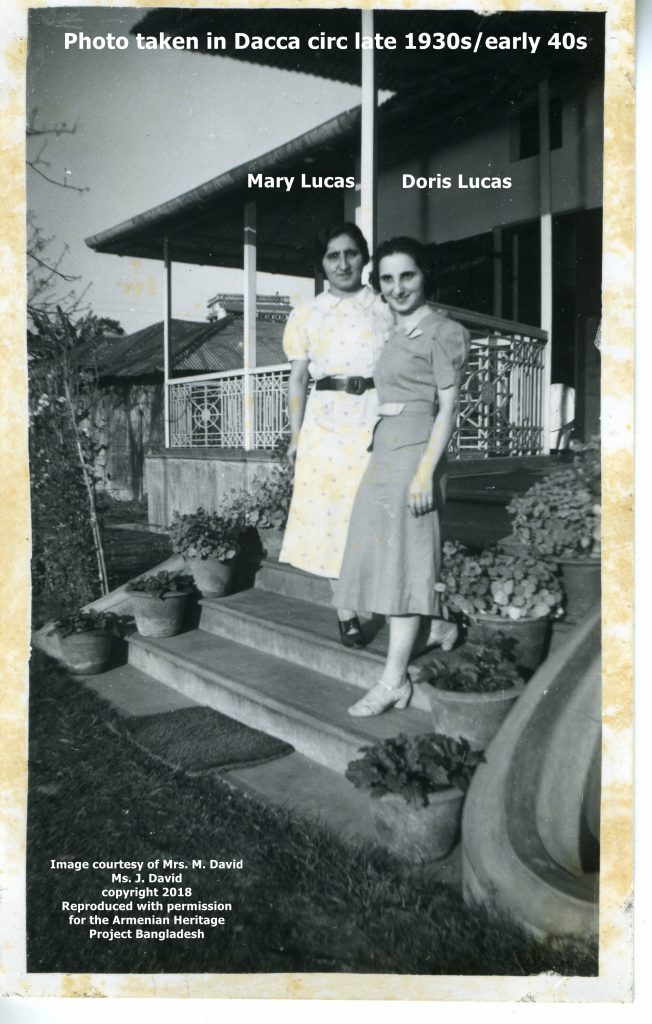 Sisters Doris and Mary Lucas, thought to be taken at Naraingunj. 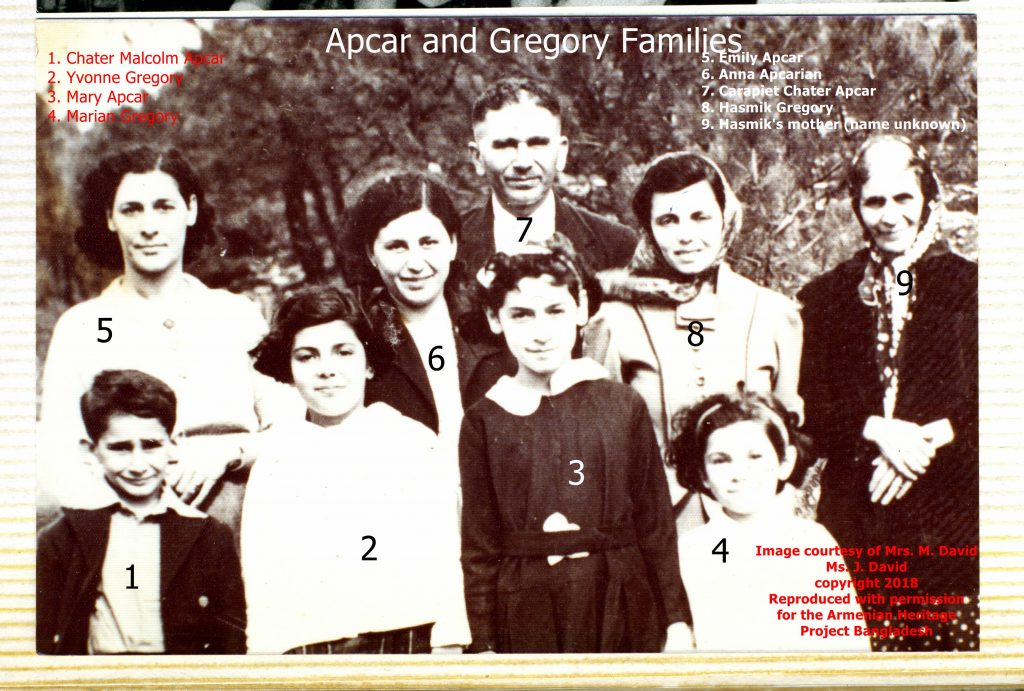 Apcar and Gregory families. This was taken on a picnic in Shillong which is in Assam state, India, in about 1939/40 when Mary would have been 8 or 9 years old. 1. Chater Malcolm Apcar (My mother’s brother / My uncle) 2. Yvonne Gregory 3. Mary Apcar (My mother) 4. Marian Gregory 5. Emily Apcar (My Mum’s mother / My maternal grandmother) 6. Anna Apcarian (My mother’s aunt / Her father’s sister) 7. Carapiet Chater Apcar (My Mum’s father / My maternal grandfather) 8. Hasmik Gregory (Mother of Yvonne and Marian Gregory) 9. Hasmik Gregory’s mother (Name not known) 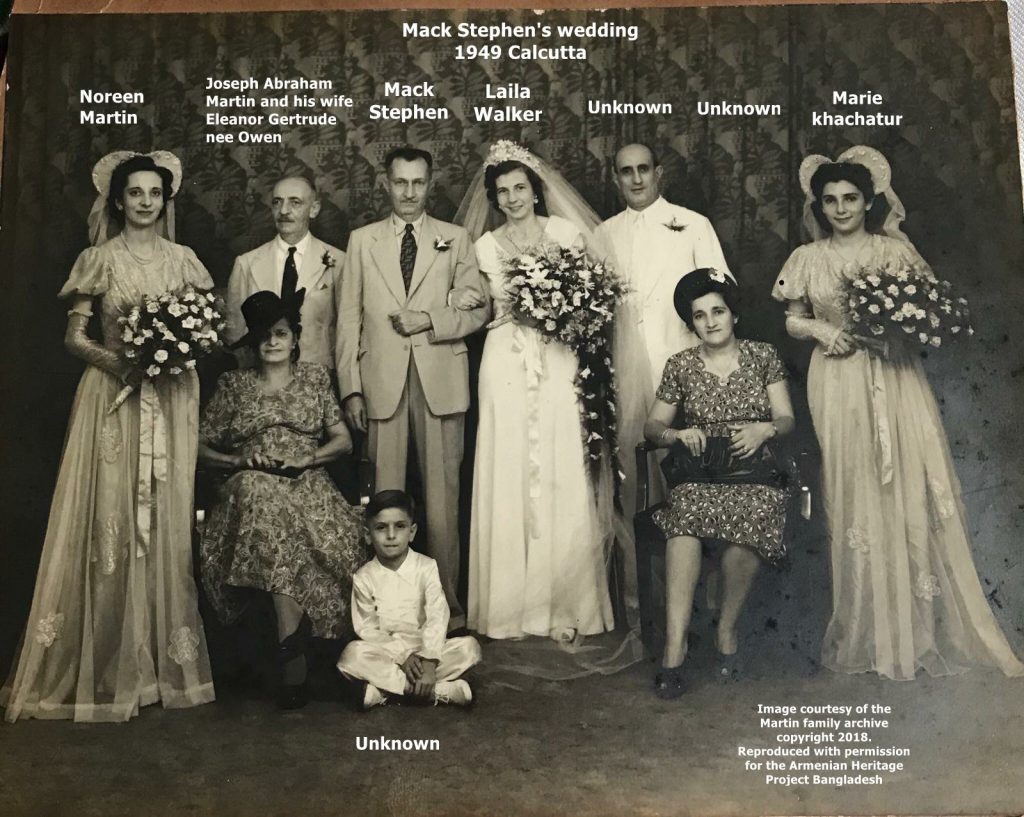 Although Mack Stephen’s wedding to Laila Walker took place in Calcutta, Mack was a regular part of the Dhaka community. Mack Stephen was also a cousin of Mr. Michael Martin. Jeannette notes: As to Mack Stephen, he was very close to my grandfather (who he would call “CC”) and he was one of grandfather’s best friends. My mother tells me that Mack was a kind and generous man. He never remarried after a very civilised end to his marriage and he eventually settled in London where he ran a hotel (more a B & B) in Barkston Gardens, Kensington, close to Earls Court Tube Station. As a young child growing up in Calcutta in the 1950s – 1960s, I also have good memories of him because he would come and stay with us in Calcutta, usually every January – February to get away from the cold winters in the UK. Yes, he did buy a new Jaguar car from the French Motor Car Company in Calcutta. You have a scan of his car from the photos in one of the albums 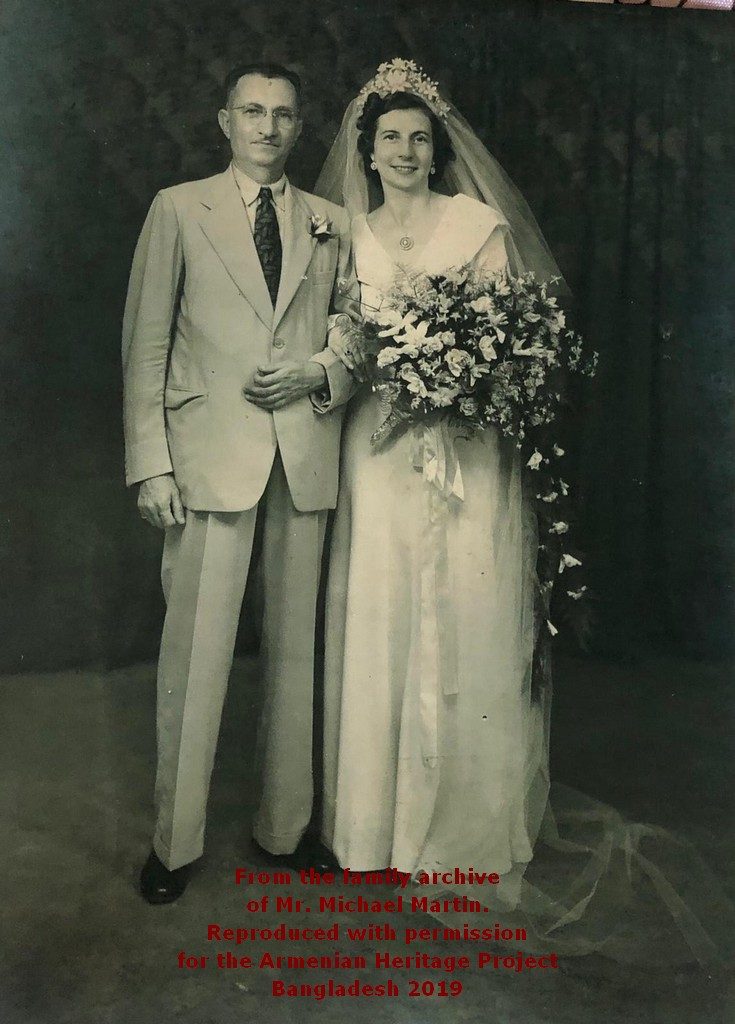 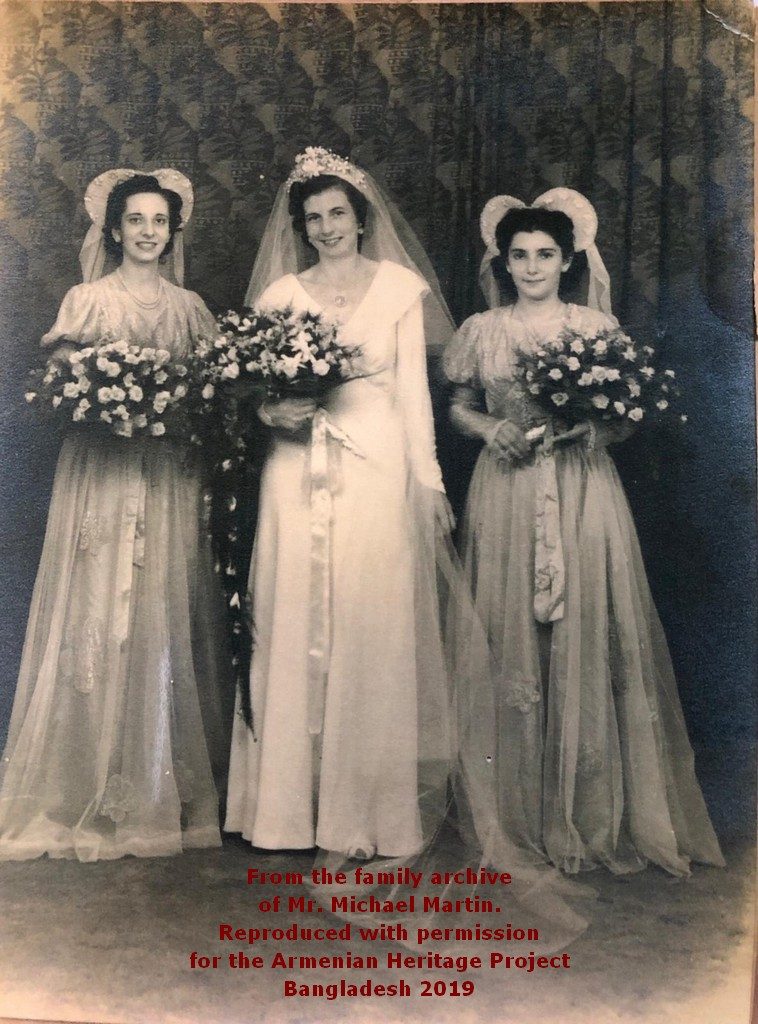 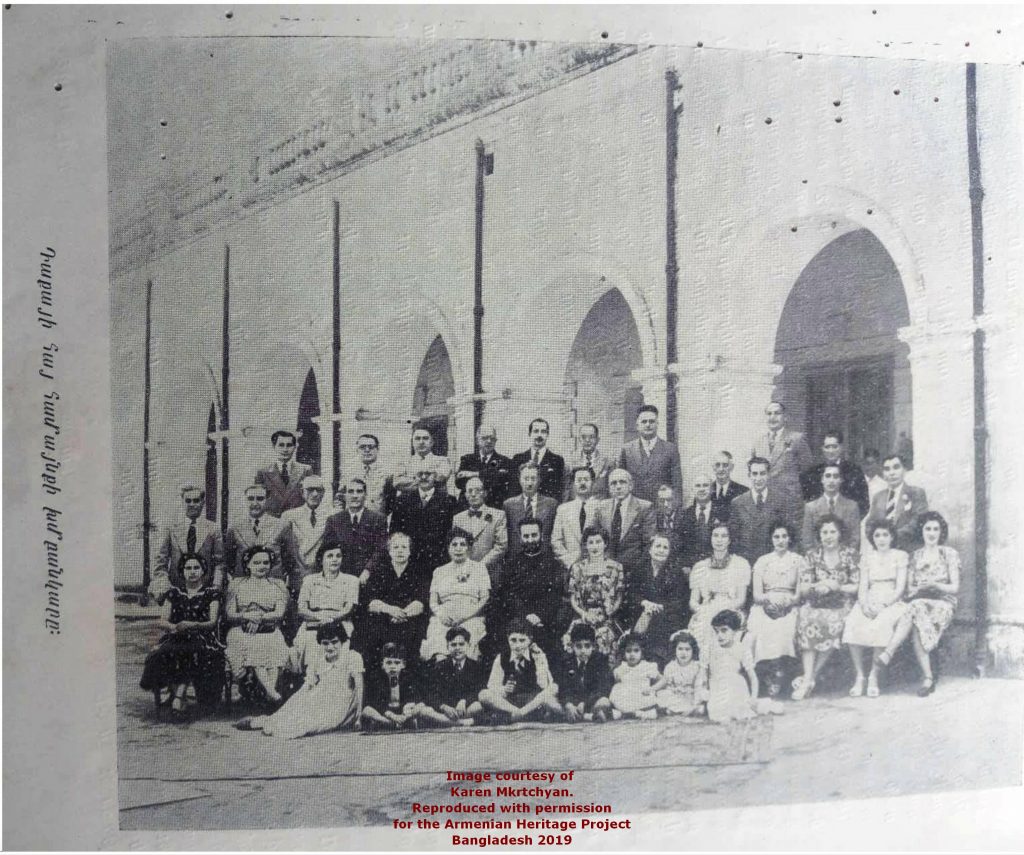