“Armenians settled and founded a colony at Dacca in the early part of  the 18th century when,it was one of the principal commercial centres in Bengal, but with the removal of the Viceregal quarters of Bengal from Dacca to Murshidabad, or Maxudabad, as it was then called, ended the distinction of Dacca as a city of metropolitan importance, This was in the beginning of the 18th century.” Mesrovb Seth 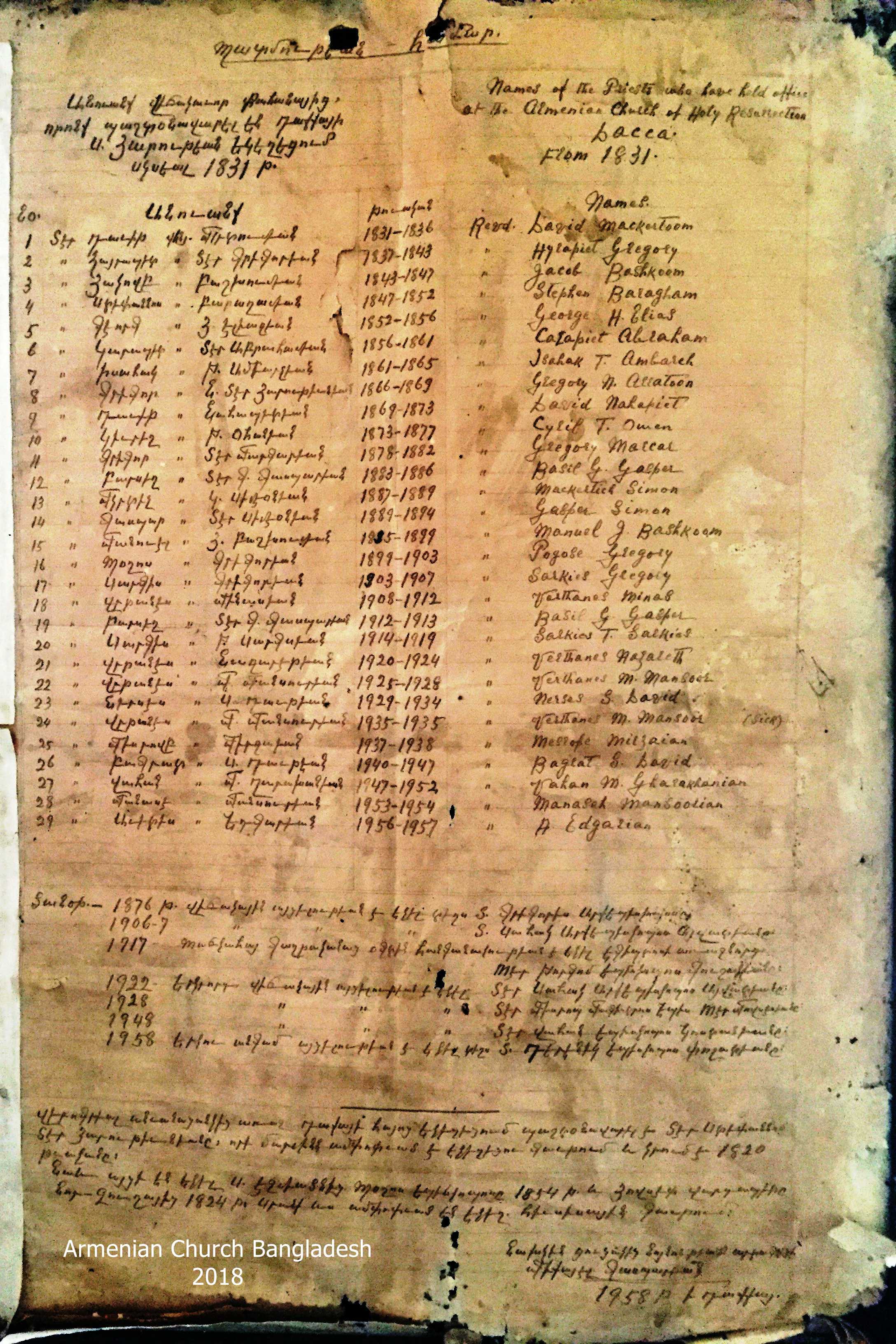